Dr. Aaron Blackledge is board-certified in Family Medicine and completed the Dartmouth-Brown Medical program in 2001. He is a leading innovator in the direct practice of medicine movement founding Care Practice in late 2008 with zero patients, one doctor, and a single staff person.

He took an innovative approach in crafting a neighborhood based transparent pricing strategy in a fee for service model and launched it almost exclusively through social media platforms. With most doctors giving up private practice, most thought his concept was unlikely to succeed and would struggle to be financially viable. Eight years later, they have seen over 20,000 unique patients and led a revolution in how care is modeled around the country.

Dr. Blackledge has a rare combination of skill sets. He is a practicing physician who thinks like a technologist and has the background and training of an artist. He graduated from art school at Sarah Lawrence College with a degree in Modern Dance and Spanish. That combination has led him to thrive by being creative and forward thinking while working in several different areas. He is the Chief Medical Affairs Officer at StudyOps who he partners with to do large clinical trials at Care Practice. He is the founder of the health tech company Orchestra One which just launched its product.

He consults for numerous other technology companies in crafting innovative approaches to practice management, doctor-patient communication, and patient education applications. He molded Care Practice into a leading incubator for new technologies and a beta facility to prototype new products.

On the side, he is a frequent speaker and panelist at conferences around the country, as well as private events. His talks highlight innovation in health care, the use of technology, and marketing through social media. He has been called the “Start-Up Doctor” by Inc Magazine” and been featured on NPR’s Tech Nation.

Read more about Dr. Blackledge's inspiration for his approach to medicine here and the people who made this website possible here.

From the beginning, Care Practice has been a sort of a ruse to get people to come here and teach me about medicine.

He lives in San Francisco and enjoys live music and cool ideas. 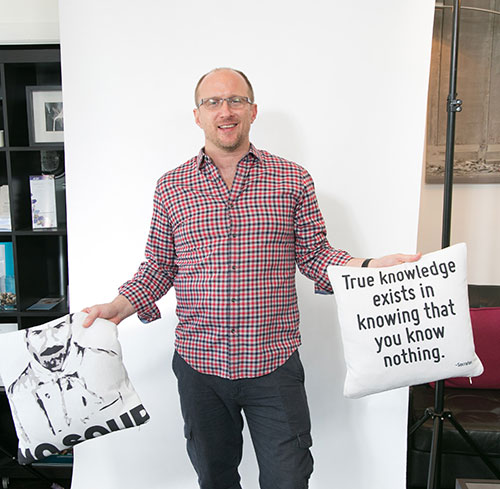 What People Are saying About Dr. Blackledge

Dr. Blackledge has had a varied and diverse medical background with experience ranging from working in an HIV-Hepatitis C clinic in a Rhode Island prison to a large suburban Urgent Care setting seeing up to 60 patients per day. After finishing his residency, he helped open and served as Medical Director at the Community Health Center in Santa Rosa, CA where he focused on caring for Sonoma County’s large underserved Medi-Cal population. He went on to work in both large and small Emergency Rooms in the North Bay, before moving to the city to join San Francisco On Call Medical Group in 2006 (later known as Current Health and now Discover Health). In 2008, he launched Care Practice and has served as its Medical Director ever since.